John Henry Mole (1814–1886) was an artist from Alnwick, Northumberland, in the north of England. He worked as a solicitor’s clerk in Newcastle-upon-Tyne before becoming a professional miniature painter in 1835. He subsequently became a landscape painter, becoming an Associate Member of the New Society of Painters in Water-Colours (later the Royal Institute of Painters in Water Colours) in 1847 and a full Member the following year; he became vice-president of the society in 1884. In 1847 he abandoned miniatures to concentrate on landscapes and portraits of children. Although he lived in London, his works primarily depicted Northumbria, the Lake District and Scotland. A number of his paintings are held in museums in London and the North of England.[1]

Mole occasionally painted in oils, and in 1879 he sent an oil painting, Carrying Peat, to the Royal Academy. He died at his home in Russell Square, London, on 13 December 1886, and was buried in Brompton cemetery.[1] 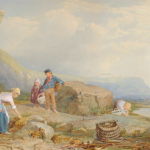 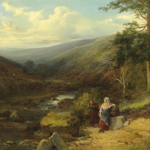 Gathering Peat in the Highlands 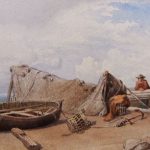 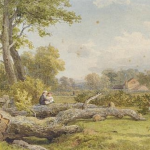 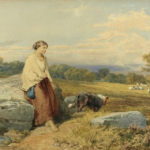 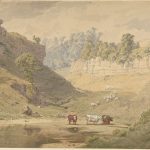 Cattle at a Watering Hole 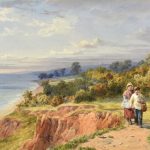 Two Children with a Dog on a Coastal Path in Devon

This article may contain text from Wikipedia, released under the Creative Commons Attribution-ShareAlike License.