A lavatorium (pl. lavatoria), also anglicised as laver and lavatory, is the communal washing area in a monastery, particularly in medieval abbeys and cathedral cloistersCovered walkway usually set out in the form of a square..

All monastic orders required handwashing before meals. A lavatorium was therefore provided near the refectory, either against one wall of the cloister with a long trench basin, or as a free-standing building with a circular or octagonal basin in the centre.[1] A 14th-century example of the first type, with a nearby towel cupboard, survives at Gloucester Cathedral. The lavatorium at Durham Cathedral was a square building with a circular basin, which was replaced in 1432–1433 with one of marble.[2] At Wenlock Priory, the octagonal lavatorium, now ruined, was decorated with late 12th-century carved panels, including one of Jesus with the apostles at the Sea of Galilee.[3][4] There were sometimes taps;[5] at Wenlock Priory, the water spouted from animal heads mounted on a central pillar.[6]

Running water was supplied in lead pipes, and where there were taps they were bronze, although in most cases in England metal fittings have been removed since the dissolution of the monasteries.[7] The monks’ towels were kept nearby in cupboards called aumbries (derived from the Latin armarium or from Medieval Latin almarium).[8][9] The Refectorian was responsible for keeping the lavatorium clean, changing the towels twice a week, and ensuring it contained sand and a whetstone for the monks to sharpen their knives.[10] 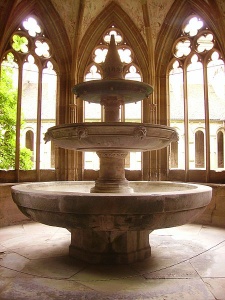 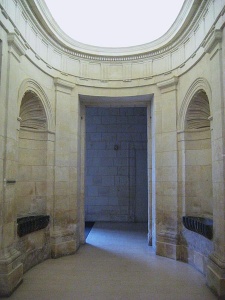 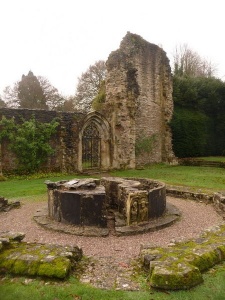 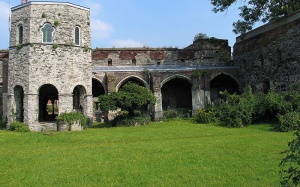 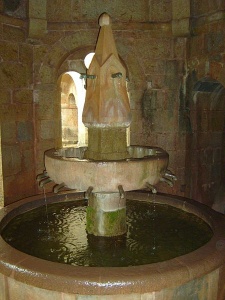 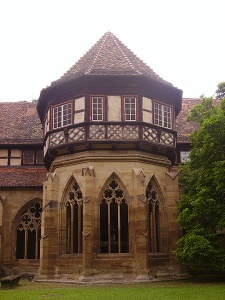